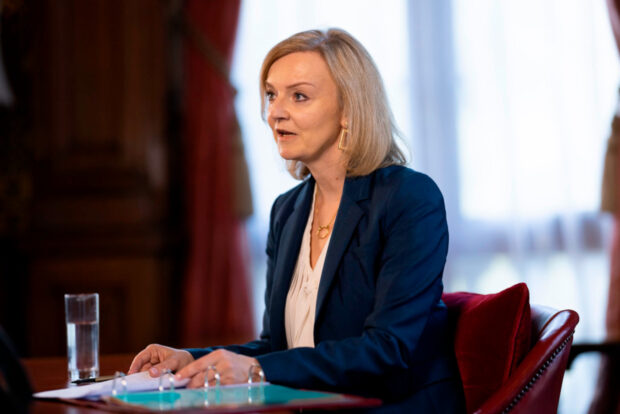 Global Government Forum’s weekly digest of the news you need to know but might have missed.

More former top officials have weighed in on the row over new prime minister Liz Truss’s decision to sack Treasury permanent secretary Tom Scholar, with one former head of department calling for the cabinet secretary to resign if he cannot “speak truth unto power”.

Truss and chancellor Kwasi Kwarteng dismissed Scholar on their first day in office on 6 September, after Truss vowed to overturn what she saw as “Treasury orthodoxy”.

The move to oust Scholar, who had been the Treasury’s top civil servant since 2016, sent shockwaves throughout the civil service and continues to draw ire in an unprecedented display of public criticism of a minister or cabinet secretary from former top officials.

In the last week, those to have lent their voices to the clamour condemning the decision include former cabinet secretary and Treasury chief Lord Turnbull and ex-Department for Work and Pensions permanent secretary Sir Leigh Lewis.

Lewis accused cabinet secretary Simon Case of failing to stand up for the impartial, merit-based nature of the civil service in allowing Scholar’s dismissal.

“His job, indeed his first responsibility and duty, is to stand up for the integrity of a politically neutral civil service willing to speak truth unto power,” he wrote in a letter to The Times.

“He needs also to stand up for the fundamental importance of senior civil servants being appointed on merit, not least in the appointment of Scholar’s successor. I hope he has the courage and conviction to do so. If not, he needs to make way for someone who has.”

Meanwhile, Turnbull accused Truss of using an attack on the Treasury to distract from “rubbish” political leadership of the economy over the past decade and said it was “completely unconvincing” to blame officials for sluggish growth when ministers had avoided unpopular reforms that would have boosted the country’s financial standing. He denied a Treasury orthodoxy existed and said it was wrong of ministers to claim the department focused on balancing the books over promoting growth. “It does both,” he said.

Normington said by firing Scholar “the prime minister and chancellor have sent a clear message to the civil service that they are not interested in impartial advice and intend to surround themselves with ‘yes’ men and women” and added that it was “disappointing that the cabinet secretary… has once again failed to stand up for the values of the civil service”.

Wilson said “to summarily dismiss a key top official, judged by most people to be outstanding, at this moment is destabilising”, that would affect morale and that there had already been a “distressing loss of talent over the last decade”.

And Macpherson said the sacking “made no sense”. Describing Scholar as the “best civil servant of his generation”, he said “his experience would have been invaluable in the coming months as government policy places massive upward pressure on the cost of funding”.

It had been reported that Case would leave his role as cabinet secretary when Truss became prime minister, but he has so far remained in post.

Read more: UK cabinet secretary accused of ‘failing to stand up for the values of the civil service’ as PM removes Treasury chief

The Office of Management and Budget (OMB) has released a ‘learning agenda’ which it describes as a “first-of-its-kind effort to address critical learning gaps that exist across government”.

The agenda, which aligns with Joe Biden’s President’s Management Agenda (PMA), also aims to “encourage research within, beyond, and in partnership with government”, bridge silos between agencies and “catalyse innovation”.

The learning agenda comprises three questions designed to support the PMA’s priorities – which include strengthening the federal workforce; delivering improved customer experience; and funding vital services in the wake of COVID-19 – and have been devised with input from the public and research organisations following the release of the OMB’s draft agenda late last year.

Why the pull of addictive cravings is so hard to resist

Tory Party LIVE: ‘Get on with it!’ Kwasi comes out fighting after manic…

Indian-American gets lifetime achievement award in US : The Tribune India