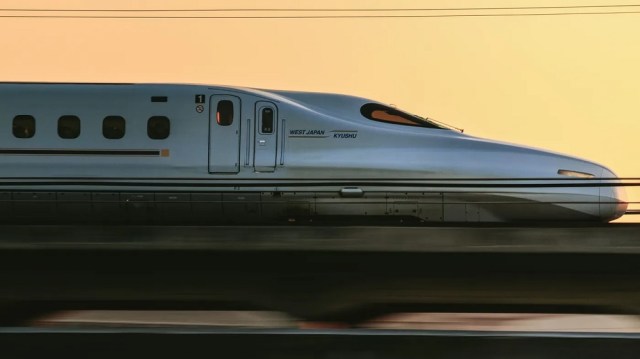 It’s pretty hard to pick a bad destination when traveling in Japan. The specifics might vary, but pretty much anywhere in the country you go you can enjoy beautiful scenery, historical sites, and delicious food, and quite often all three.

Really, the important thing is just to go somewhere, and to help with that West Japan Railway Company (a.k.a. JR West) is offering awesome discount train ticket and hotel travel packages to…somewhere. The promotion is called Tabikoro, with tabi being the Japanese word for “journey” and “koro” coming from saikoro, “dice.”

Just like rolling a die, where you’ll be going is randomized from among six possibilities. All Tabikoro journeys start at either Osaka or Shin Osaka Station, from where you’ll go to Hiroshima, Hakata (in Fukuoka City), Kanazawa, Okayama, Fukui, or Toyama Stations, traveling either by Shinkansen or special express train, for a one-night stay.

Since reservations are handled online, you won’t be physically rolling a die. Instead, you pick from among six die-face illustrations on the Tabikoro website, and within three days of making your reservation, JR West will email you to let you know where you’re headed.

▼ The canal district of Kurashiki, an 11-minute train ride from Okayama Station

The Tabikoro campaign is similar to the Saikoro Ticket promotion that JR West ran last year, but with two key differences. First, Tabikoro’s destinations are larger hub stations that make for more convenient, flexible sightseeing, and second, Tabikoro includes your hotel. You’ve even got options for exactly where you’ll be staying, as you pick from a list of available properties after your destination station is revealed.

▼ A selection of hotels that are part of the Tabikoro packages

Tabikoro packages are priced at 16,160 yen (US$125) per person, and reservations must be for two people sharing one room, making the actual cost effectively 32,320 yen for two people. Convincing a friend or romantic partner to go with you shouldn’t be too hard, though, considering what a great deal it is, For reference, here’s how much round-trip Shinkansen or special express train fare is from Osaka to each of the six possible destinations and back.

That means you’re paying, the very most, 4,940 yen per person for your hotel, which is already a pretty good deal, and you’ve also got a one-in-three chance of your hotel room being essentially free because of how much the Tabikoro package saves you on train fare.

Really the only drawback is that you have to depart on a Monday, Tuesday, Wednesday, or Thursday, but even that has a potential upside, since once you shuffle your schedule enough to fit in a mid-week trip you’ll also be able to enjoy sightseeing with smaller crowds by avoiding the weekend tourist peaks.

The Tabikoro promotion lasts from January 25 to February 16, and reservations can be made online here.