A woman who was branded a tomato by a cruel workplace bully and told she she was ugly by strangers due to her rosacea has learnt to love her skin again after finding miracle skincare.

Natalie Rose, 33, from Shropshire, suffered from rosacea from a young age, but after years of relentless bullying, strangers calling her ugly and an ex-partner pushing her to get plastic surgery to ‘get rid of her rosacea’, Natalie’s self-esteem was at an all time low.

But in June 2018 Natalie started therapy and realised she needed to learn to like herself again to be able to love the skin she was in.

After years of self-work, Natalie was shocked when in 2020 she stumbled across a miracle cure, Kalme skincare, that after just four weeks calmed Natalie’s rosacea so dramatically that for the first time in years she could brave the outside world with no make up on. 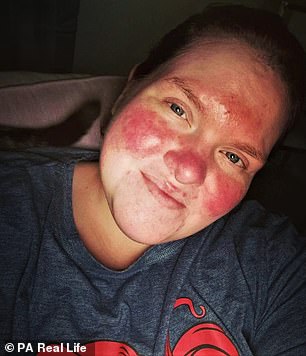 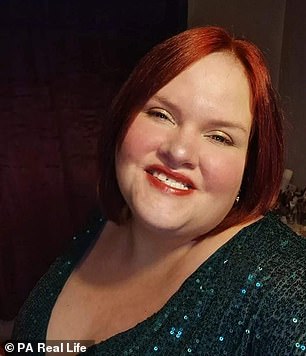 Natalie Rose, 33, from Shropshire, who was branded a tomato by a cruel workplace bully and told she she was ugly by strangers due to her rosacea has learnt to love her skin again after finding miracle skincare (left and right)

‘I have learnt to start loving my skin for the first time in my adult life,’ said Natalie.

‘I always excused bad treatment of me because I felt I was so ugly so I just needed to put up with it. I really struggled to see any self-worth.’

Suffering with sensitive skin from a young age, Natalie was just 14 years old when she noticed red blotches appearing on her face.

‘I started to get red blotches when I was doing PE at school,’ she said. 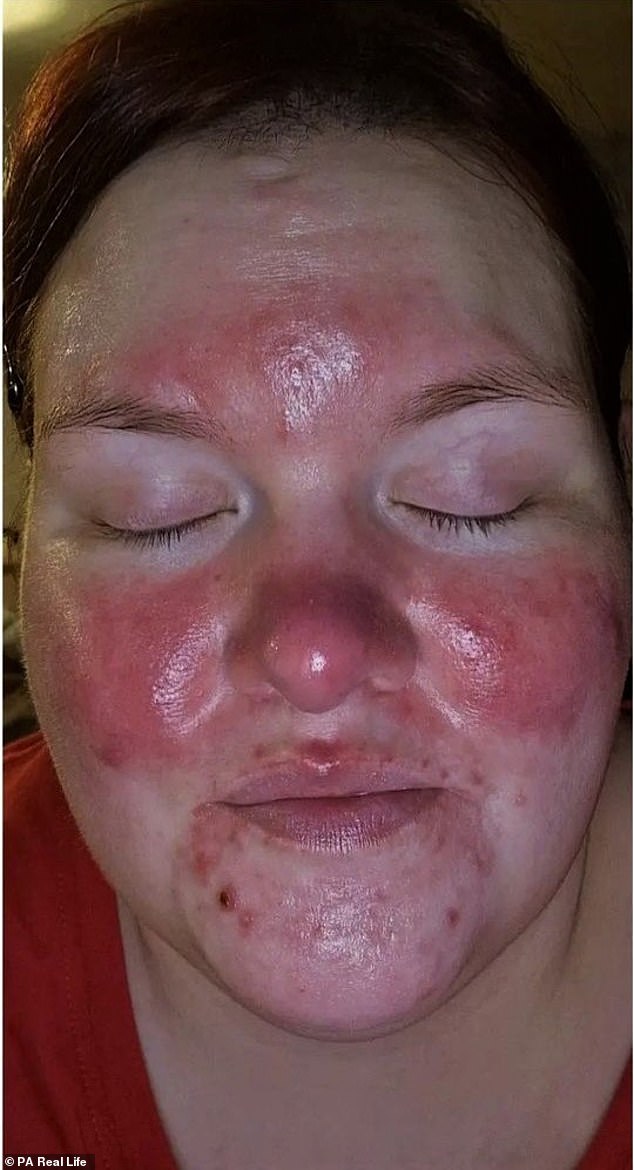 Natalie suffered from rosacea from a young age, but after years of relentless bullying, strangers calling her ugly 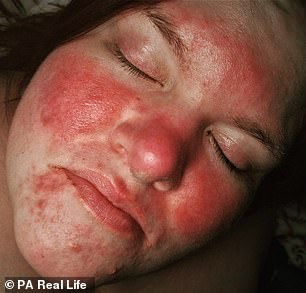 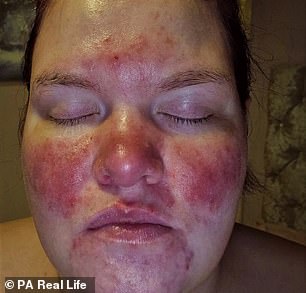 ‘It started to be more like a daily thing. My grandad had also had rosacea so I think it might be genetic.

‘The doctors suggested E45 cream, but even though it smoothed my skin it didn’t calm the redness.’

Developing a phobia of the cold, Natalie’s confidence plummeted.

‘Winter has always been worse,’ she said. 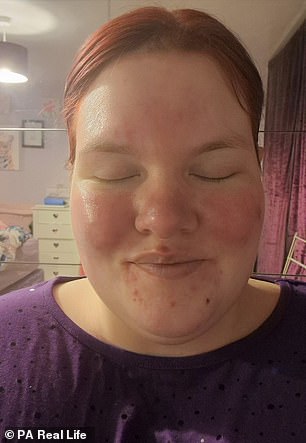 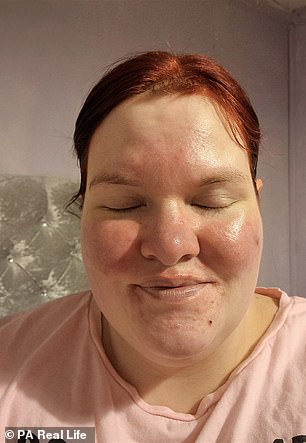 After years of struggling with her skin, Natalie found a product which she felt helped – and soothed her redness

‘I used to bleed and my face would go bright red and swollen. I didn’t want to go outside, not just because it was painful but I didn’t want people to stare at me.

‘I developed a phobia about the cold as a result due to the reaction my skin had and avoided going outside in the winter.’

By the time she was 28 years old Natalie had suffered relentless bullying, with a manager even referring to her as a tomato in front of customers.

‘I’ve been called ugly by complete strangers and one boss called me a tomato,’ she said.

‘I worked in sales, and he would say it in front of customers. He would say ‘your face is looking awful today.’

Rosacea is a common rash that affects the centre part of the face, usually in middle-aged people.

Sufferers are more likely to blush easily, which is followed by persistent redness, bumps and pus spots.

The cause of rosacea is not fully understood.

Many think it occurs due to blood vessels beneath the skin dilating too easily.

It is more common in fair-skinned women.

Are there other symptoms? And how is it treated?

As well as affecting their appearance, rosacea sufferers may also experience:

There is no cure.

‘He even asked if it was contagious. He made me feel like an ogre. In the end he was sacked due to his behaviour but the damage to my mental health had already been done.’

An ex-partner even asked Natalie to get plastic surgery to calm her rosacea.

‘My ex made a joke in front of his friends,’ she explained.

‘He said I should get cosmetic surgery to take my rosacea away. They all laughed. It was one of those moments where you just want the ground to swallow you whole.

‘It definitely hurt. He would tell me I should just save up and get some surgery to have it removed. It became a running thing.

‘But I just felt so lucky to be in a relationship. I felt ugly in my own skin and my body. I was putting up with these things because I felt he was alright looking, and I was ugly.

‘My whole mindset was really bad at the point.’

By 2018 Natalie had fallen into a deep depression.

‘In 2018 I lost my daughter late in pregnancy,’ said Natalie.

‘Everything became really overwhelming. I completely broke, I couldn’t cope with anything else. I ended up taking sick leave for a while and…

Read More: My rosacea was so bad I was branded ‘a tomato’ and endured cosmetic surgery

These are the 7 most common long COVID symptoms, new study finds – Yahoo News

A Dangerous Fungal Infection Is Spreading Across the US. How Concerned Should We

As Minnesota considers legalizing marijuana, what does research say about the

These are the 7 most common long COVID symptoms, new study…

Why even an unhappy marriage is good for your health –…

Long Covid rates could be slashed in half if people ate…

Licking County Times
Prev Next 1 of 437